After years of psychotherapy myself, I would not recommend anything but to go through that process to every single person on earth, ok, maybe not every single one, but most of them.  Having done my process, I am completely sure that doing therapy is a natural thing to do for those who suffer and have some questions about life and about themselves (and also for those who think they don’t think, but that is a bunch hard to catch). It is not an easy task and definitely a bumpy ride, but its worth it. Even though I still have issues, and luckily I will continue to be human and not 100% ‘fixed’, I feel so much better with myself, I have learnt to know me, my processes, my coping mechanisms, my vicious circles, so I know what to expect and how to deal better with it, or just wait until it fades away.

My next step, as a person and as a psychologist, is to spread the word and work towards the easier access to psychotherapy 🙂 so fear not and join the challenge!

House in silence, new knitting project and dreaming about a rocking chair… 🙂

Time to talk about Mental Health

Yesterday night I have finished reading ‘The bell jar’. At the beginning it was by chance, but then I think it has become some sort of mourning therapy to keep on reading novels in which the main character has mental health issues. I find interesting not only the topic itself but it is a research of how the authors find the words and metaphors to describe those experiences what really catches me, and so I go on on this research. 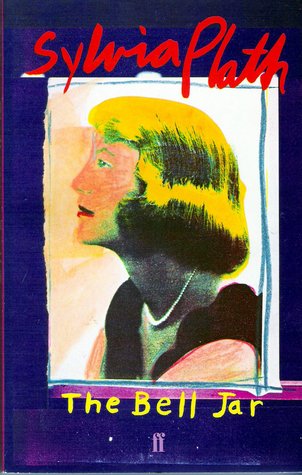 I enjoyed the book and I read it quite fast (what for me is a synonym  of pleasure) even though I expected more. As Sylvia Plath is so  famous and had suffered from mental health issues, I assumed that she  would be experienced at describing thoughts, feelings and situations,  but it is exactly what I do not like about this book. I never had the  feeling of understanding or watching the process in which the main  character, Esther, falls into depression. It seems that it is just there and  I don’t have that conception of mental health, everything is a process,  everything is a reaction or a response of something that happened or is  happening, so I didn’t like the way she handled the situation. Therefore  everything that happened it was just the “right thing” to happen, but as  I didn’t get the process, the meanings, I found that every attempt to  work out her problems, was just out of the blue, everything according  to manuals and good practice, but it lacked from my point of view, the  emotional perspective. It might be also that she wanted to show the  lack of emotions, but again I felt I missed something, I wanted to know more.

In any case, I found it to be an interesting perspective of the 60s in United States and the idea of being a woman back then and also the way they dealt with mental health issues.

Next book (already ordered hehe ^^) Poppy Shakespeare by Clare Allan. Here is the plot: “Who is mad? Who is sane? Who decides? Welcome to the Dorothy Fish, a day hospital in North London! N has been a patient here for thirteen years. Then in walks Poppy Shakespeare in her six-inch skirt and twelve-inch heels. She is certain she isn’t mentally ill and desperate to return to her life outside. Together they plot to gain Poppy’s freedom.” Sounds good, we’ll see how it goes 🙂

KEEP THE CHANGE is a love story written for and starring adults on the autism spectrum. When David, an upper-class charmer is forced to attend a support group for people with autism, he meets a young woman who challenges his identity as “normal”. Eventually, David must choose between his playboy persona and the opportunity to make a real connection with someone who can understand him.

Learn more about the feature version of “Keep the Change” and help to crowd fund here: seedandspark.com/studio/keep-change

Last weekend, while the lovely heatwave still lasted (lovely now because I’m already missing it, though it was tough to work outdoors last week), we wanted to discover something new, and checking the outdoor spaces near the Thames, I spotted this piece of green (that’s all you see on the map) and I thought it was worth to give it a try. The place is lovely, near East Putney, we got there quite fast with the Picadilly and the District Line. The park is really nice, but for me the best part is that you can actually see the river without having to peek over a massive wall or climb a monument to try to see a little bit further, so you have the best part of the grass, lovely sun and river! almost like the beach, almost.

As another part of this multi-purpose blog, I will put all of the interesting stuff to do in London for free mostly, or places you have to go if you live in London.

I have seen this article today in Time Out and I think is worth to have it handy, it’s about the coolest underground places to go in London. Check it here.

Cool and unknown places are welcome to be added! ^^ I think it’s been a year now, since I’ve discovered the peanut butter kitkats, and they still drive me nuts XD. On the other hand I usually have the same breakfast for a while until I get bored and I start the search for a new one, which in general I cook myself. That’s how I’ve started trying with some recipes of peanut butter and chocolate chips cupcakes or similar ideas. This is my second attempt and so far the best ones, though for next time I’ll make sure to have brown sugar as I believe it will improve the flavour (the recipe indicates so, but I had only white sugar), but they are ok. I have a delicious breakfast for this week 🙂

I copy the recipe, but the credits go for Chez CateyLou

Who does not do this? Now that summer has come, I still need something to cover myself with, just to put my leg out while falling asleep XD